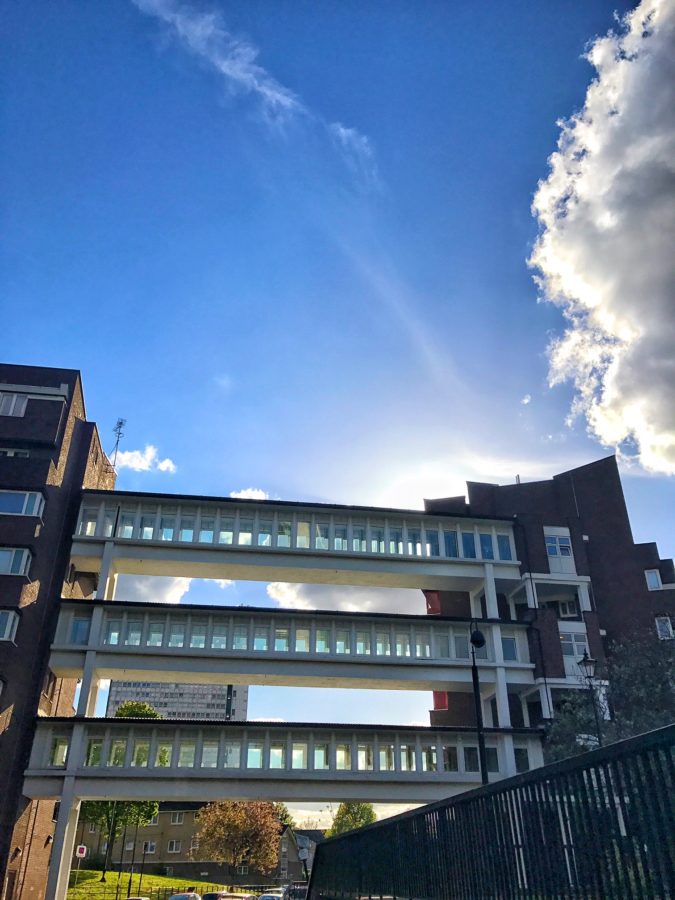 “…so I back again to Deptford, and there find them just sat down. And so I down with them; and we had a good dinner of plain meat, and good company at our table: among others, my good Mr. Evelyn…” – The Diary of Samuel Pepys (Monday 3rd June, 1667)

Deptford has held a fascination for me ever since reading A Dead Man in Deptford  by Anthony Burgess, a fictionalised narrative account of the murder of playwright Christopher Marlowe – a contemporary of Shakespeare – during a brawl in a house on Deptford Strand in 1593.

I read that book around twenty years ago, yet visited Deptford for the first time last year, driven by the news that the area was in the nascent stages of a renaissance, spearheaded by the revamp and renovation of the Grade II listed carriage ramp (the oldest of its kind in London), its arches, and the public space beside it. Food and drink was the main lure, to sniff out anything interesting going on as part of the renaissance – then to retrace the steps of Marlowe…

A plaque on a wall in the grounds of St Nicholas church, a short walk from the high street states that ‘near this spot lie the mortal remains of Christopher Marlowe’, along with a line from his play Dr Faustus. The intrigue and mystery regarding the brawl and what happened to Marlowe is another story, with one theory remaining that he fled the country and continued to write plays, some of which may have been ones attributed to Shakespeare – high drama indeed.

Then I begin to uncover more layers of history that are steeped in the core of Deptford and am a little dumbstruck. It begins with finding out that the first Royal Naval Dockyard was established here by Henry VIII. I start to revel in asking friends, any Londoner, a question: ‘When did you last go to Deptford?’, knowing there’s a 98% chance the answer will be ‘never’.

Pepys was often kicking around Deptford in the 17th Century, mainly due to his position working for the the Royal Navy as Clerk of the Acts to the Navy Board – dining and drinking crops up often in his entries.

This former fishing village and base for the English Navy is dripping with more history than most London suburbs, buried over the centuries. It was mentioned in Chaucer’s Canterbury Tales, part of the pilgrim’s route to Canterbury; Pepys’ friend and fellow diarist John Evelyn developed the sprawling Sayes Court and gardens, adjacent to the first Royal Navy dockyard founded by Henry VIII in 1513; Sir Francis Drake was knighted in Deptford aboard The Golden Hind by Elizabeth I on returning from his circumnavigation of the world in 1581, the ship left on display in Deptford for over a hundred years; Sir Walter Raleigh had a ship built here which later fought the Spanish Armada.

That dockyard is now the empty 42 acres of Convoys Wharf, currently in an uneasy limbo regarding its future – the fear for years has been that it will become another apartment edifice on The Thames:

“When Convoys Wharf has been redeveloped, the history of the King’s Yard and its Tudor remains will lie in a shallow grave underneath shiny apartment blocks and cappuccino bars. Professionals will move into the residential towers, which will probably be named after Drake’s Golden Hinde. And when their dinner party guests ask them where the docks used to be, they will reply: ‘I don’t know’ – Kieran Long: Battle for Convoys Wharf, Evening Standard, Oct 2011

A charity has been set up since 2011 with the highly laudable aim of building a full-size replica of The Lenox, a warship that was built in the dockyard for Charles II – The Lenox Project represents one of the best possible future uses for the site which would secure the legacy and history of a site with such historical maritime significance.

The adjacent Royal Victoria Victualling Yard which stored provisions now forms the Pepys Estate, a social housing project opened in 1966 which itself became mired from the 80s with a reputation for crime and unrest, which itself now has bounced back from darker days.

Another reason to have affection for Deptford? The bounciest Grime star to date, Elf Kid, is from Deptford, and rat-a-tats lyrics that reference the area:

It’s the most dizzyingly addictive song I’ve heard in ages, and the video bristles with images of Deptford High Street, Pepys Estate, and nearby Lewisham.

Food and drink? Oh yeah, almost forgot about that. It’s happening, and more is to come. Deptford Market Yard quickly added good operators, including Little Nan’s Bar, Mama’s Jerk, and Archie’s Bar. Independent brewer Villages moved in. The Brookmill pub a short hop away towards St Johns is another indicator of what’s happening.

Now I have another reason to return: helping out with a few bits at Winemakers Deptford in the high street, a quite brilliant wine bar (biased, yes, but it is a ‘stonker’, as Elf Kid might say), with a great kitchen – crab croquetas; Lincolnshire Poacher soufflé; homemade charcuterie, their own bread and butter…and the owners of Artusi in Peckham are close to opening an Italian restaurant a few doors away. It’s all kicking off.

When did you last go to Deptford? From Samuel Pepys to Elf Kid, it’s a journey worth taking.