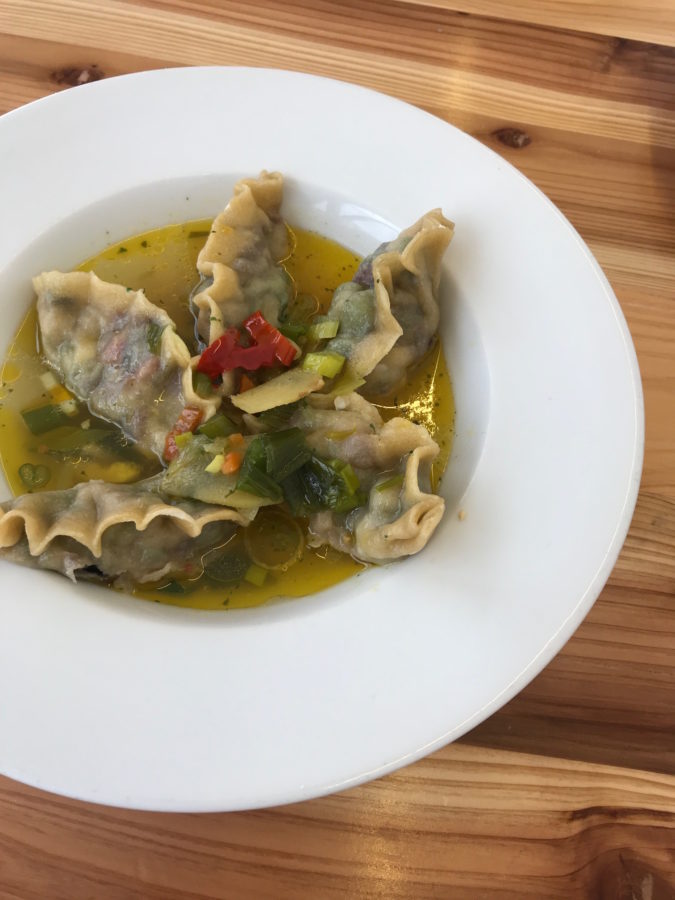 Something is happening in Folkestone. As the next phase of development of the harbour, seafront, and former Folkestone Harbour railway station kicks into gear, the ripples of renewed vigour are reverberating across the town. There’s a sense of energy, creativity and derring-do that is pulsing through everything going on, a palpable feeling that Folkestone is a few short moves away from being a Kent coast spot that is about to ‘pop’.

A key marker for this nascent and quickening uptick is Custom Folkestone, operating out of a shipping container on the swiftly regenerating Harbour Arm, flung like a pioneer outpost up against the buffeting winds and sea spray of the English Channel, the vanguard of a clutch of operators flying the flag for the renaissance of this port town nestled against the edge of the Kent North Downs. The old Custom House on the harbour is itself in process of a makeover, built in 1859 yet remaining damaged since shellfire during World War II, and will now form a focal point for the refurbished station and Harbour Arm.

Founded by artist and chef Cherry Truluck, this community interest project has a wide-ranging manifesto combining food, food-focused artistic projects, an ingredient and labour exchange/bartering system with the local community where a call for ingredients is put out each week to small growers (this week it’s Jerusalem artichokes and tarragon), a vision to be a genuine transformative force within the community while ‘changing the world, one whelk at a time’ – Folkestone whelks are often on, fresh off the steamer and on to the menu.

The menu cartwheels through myriad influences, whirligiging from skate with wild garlic miso and sweet pickles to Folkestone huss cured with Walmestone Grower’s beetroot and Dockyard gin; from a pitch-perfect slab of Jansson’s Temptation to borscht with homemade yoghurt and apple. Scallop wontons make an appearance in a sonorous chilli/ginger broth – chillies with plenty of kick, from their own plant – while ‘Crabaroni’ cheese featured this week, crabs freshly steamed from Folkestone Trawlers and combined with Ottinge Court Farm cheese, their version of the Swiss cheese Mutschli. While chatting about growers and producers I’m introduced to the brilliant L.E.A.F. Folkestone, a community online market allowing seamless ordering and pick-up of local produce at the Quarterhouse.

Drinks feature the excellent sparkling from Terlingham Vineyard, the vines just a few miles away on the Kent North Downs, bread is courtesy of Docker Bakehouse and Brewery (operating from the shipping container next door), with ingredients for the menu obsessively sourced from local growers and producers. Together with the innovative Dr Legumes housed in another container alongside, there’s a sense that this little patch almost pitched right into the sea, is a signifier of things to come, the brave outliers.

Rocksalt was undoubtedly the first bold culinary sign for Folkestone, led by chef Mark Sargeant, perched on its impossibly perfect location on the harbour, a slice of ‘Côte-de-Folke’ life – its opening in 2011 was a very early signifier of what was to come, and with the regeneration led by the Folkestone Harbour & Seafront Development Company now flipping into overdrive, the Harbour Arm has been revamped dramatically, becoming an increasingly vibrant hub for food and drink – this summer will be a big step change, a marked momentum shift. Custom are looking to add another connected container alongside soon, doubling the space.

The original genesis of Folkestone’s renaissance is due to the titanic efforts of Sir Roger de Haan, who mainlined the proceeds of the £1.4 billion sale of his Saga group into the set-up of a visionary arts charity, The Creative Foundation, whose sole existence is simple – the regeneration of Folkestone.

The waves of current momentum have been sweeping through the Old High Street and surrounds over the last 18 months or so, with the arrival of The Folkestone Wine Company which I wrote about here, the opening of the swank, very shiny Radnor Arms and the imminent opening of the new project from Ben and Lucy Cuthbert – the couple behind the excellent Pullman pub (2014), Lubens pizzeria (2016), and recently acquired and transformed Harbour Inn (2018) – set to become an all-day café/bistro with a wine shop, fresh produce, and plans to brew their own beer on site. The huge building had lain abandoned for four years, and its reopening will bring fresh energy to the Creative Quarter. Chuck in the fact that Folkestone has a thrumming Nepalese community – due to the Royal Gurkha Rifles base – churning out the finest Momo dumplings available to humanity, and you have a right old culinary smackdown happening.

“You should cut down on your Folke Life mate, get some exercise….or some more whelks…” – Anonymous, Folkestone, 2019