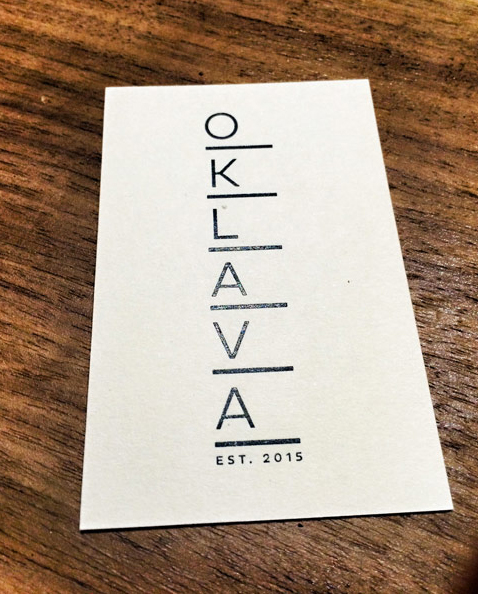 When did all things Turkish become so hip, so coveted, so damn desirable? I remember seething with fury at primary school in the 1980s whenever anyone called me a ‘Turkish Delight’ (I partly blame the Fry’s Turkish Delight chocolate bar advert for this: ‘Full of Eastern Promise’ drawled the voiceover). It drawled, I winced. Now something has changed….

Over recent years there has been a growing rumble of adoration for all things Turkish within the London food scene. The inaugural British Kebab Awards in 2013 were an indicator that something was brewing, and with the growing Turkish influences on menus of recent openings such as Berber & Q, Arabica Bar and Kitchen, Black Axe Mangal and Chifafa Kebabs (with more about to land), it feels like we are in the grip of a little ‘perfect storm’ of Turkish led openings. We also have the dubious pleasure of seeing the phrase ‘posh kebabs” bandied about a fair bit — I wince at that, too.

We’ve come some distance since the first kebab shop and restaurant in the UK opened in 1966, Hodja Nasreddin in Stoke Newington, a spot my parents first brought me to in the mid-70s when I was six months old, sticking the cot under the table while they enjoyed shish kebab (always) and halep kebab, the döner meat slathered in spicy tomato sauce, diced pitta bread soaking up the juices beneath. I may have been staring at the underside of a table for two hours, but I swear I must have vicariously enjoyed the waft of lamb fat and hummus — graduating to a place at the table must have been a happy day. There are now around 20,000 kebab shops in the UK….

Selin Kiazim opens her first restaurant after roles at The Providores and Kopapa, and a warmly received six-month residency at Trip Kitchen in Haggerston — with her Medjool date butter already on the shelves at Selfridges, this has been one of the more impressive build-ups towards a full blown restaurant we’ve seen for a while. She’s been doing more than a few things right….

Amongst the plethora of very decent Turkish restaurants in London, a ‘Turkish Cypriot’one is a rare beast, with the dominant players being driven by the excellent food from the motherland of Turkey (an Adana kebab fetishist is typing these words), and this marks out Oklava from the others straight from the kick off.

Having a Turkish Cypriot mother makes this opening even more compelling. Is there a taste of home to be found coming out of the kitchen?

Off we go, for a couple of strafing runs in their first week….

GRILLED CYPRIOT PASTIRMA (£5) — Dark pucks of spicy, garlicky beef sausage, a staple item in any North London Cypriot home, not often seen in restaurants, quite different from the more commonly encountered ‘sucuk’. Pastirma translates as ‘pressed’, its roots going back to the Turkish horsemen of Central Asia, who packed it into their saddlebags.

GRILLED HELLIM, LEMON, LONDON HONEY (£3) — Having grown up with the ‘squeaky cheese’, there’s real nostalgia seeing this in a restaurant. Simple enough, sure, but given a kiss of the grill, a flourish of honey and good olive oil. You say halloumi, I say hellim — no need to call the show off.

FRIED CYPRUS POTATOES, CHILLI SALT, GARLIC & HERB MAYO (£4) — There’s a certain ‘sweetness’ to Cyprus potatoes that intensifies when they’ve had a dip in oil, and these recall mum’s ‘silkeleme patates’ (shaken potatoes) which have slowly fried until edges are crisped and nubbled, the centres meltingly sweet, and mum declaring them to be like ‘lokum’ (Turkish Delight). These are a dead ringer for those, and wonderful because of it.

SEFTALI, RED ONON SALAD, LEMON (£7.50) — Beef köfte wrapped in lamb caul fat. Only the most dedicated Turkish mother even bothers to go to the trouble of making these, so an even rarer sight in London. Particularly good at taking on the smoke and char of a grill, these little nuggets act like über köfte (some cumin and pul biber pepper flakes in the mix), somehow slightly better than other köfte due to its diaphanous, and flavoursome fat that caramelises here and there. A banger of a dish.

CRISPY POMEGRANATE GLAZED LAMB BREAST & YOGHURT (£9) — Chunks of meat with sweetly crisped fat in all the right places, on a slick of yoghurt with the sour tang of pomegranate sauce. Return, order again.

CHILLI ROAST CAULIFLOWER, RED ONION, PARSLEY & PISTACHIOS (£6) — A dead ringer for the homely tomato rich stew of çiçek lahanas, a favourite of ours at home, given a hopping chilli kick. Scattered with a vivid green shock of ground pistachios, this may be one of the best cauliflower dishes in town.

LAHMACUN (£6.50) — (lahm ajin, “meat and dough”) from the Arabic (lahm, “meat” and ajin, “dough”) — Outside the heartland for Grand Cru lahmacun in Green Lanes, with the esteemed Antepliler and its wood oven top of the pile, the mincemeat topped flatbread lahmacun is yet to claim a foothold in a more central, modern setting: this is the closest so far. Comparison with Green Lanes is unfair and odious, as they have been perfecting the art for years, and the best will always be pulled, almost paper thin and crisp, from a wood fired oven, rather than the stone baked oven we have here.

PIDE: BRAISED OCTOPUS, RICOTTA, GREEN OLIVES, HONEY, PICKLED CAPER SHOOTS, THYME (£13) — Pide is having its own moment in the spotlight, with Alan Yau’s Babaji Pide the first to give the ‘Turkish pizza’ a lick of modern styling. Unusual combination here which somehow works, jiving from creamy ricotta and meaty octopus, to the salt and sweetness of olives and honey, ending with a sharp smack of pickled caper shoots.

PIDE: SPICY SHORT RIB, TOMATO, ÇEMEN YOGHURT, GREEN CHILLI (£10) — A meaty iteration of the above, excellent bouncy dough as before. A touch under seasoned on this visit, but no matter. The pide here are good

Attention to detail stretches to using Cypriot olive oil Murat du Carta, a deep green, intense and strongly flavoured first press oil with a peppery kick, that appears like engine oil next to most plodding average Extra Virgin. Stuff like this used to arrive as contraband into our house in the 1980s, from relatives returning from Cyprus. Özlem Tuna coffee cups deliver excellent Özerlat Turkish coffee, the perfect kind for turning over after finishing, and divining the future from the sediment.

An admirably 100% Turkish wine list has been assembled by Master of Wine Sarah Abbot with General Manager and co-owner Laura Christie, and highlights are the burly red Vourla from the Urla winery, a blend containing the grippy Bogazkere (translating as “throat scraper”), the modern style Barbare, and the elegant and zippy Arcadia Pinot Gris/Sauvignon Gris.

Open kitchen, a hum in the room, homely Cypriot food. A compelling combination.

The Turkish for ‘welcome’ feels appropriate for a welcome addition to Shoreditch: Hosgeldin, Oklava.