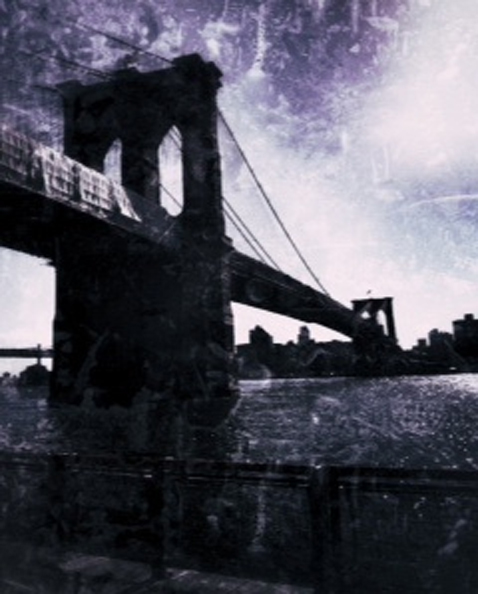 Battered. Bruised. Brutal. Stepping back onto Heathrow tarmac last week, these were the three brothers running through my mind, after a delayed and nerve fraying flight back from JFK. Two of us made the jaunt, an unashamed restaurant visit. Our bodies hated us at that moment. Blind fury.

One particular night in Manhattan involved a day/night that segued into the following morning with not one iota of sleep, not a single snatched moment, no two hour doze between dusk and dawn — forward rolling into the next day like a thing possessed. Chaps on a mission with sh*t to get done and no time for shut-eye. Well ‘ard, yeah??Demented, is the other lens through which to view this show of London braggadoccio…

Any visit to New York City on a restaurant hit involves certain inevitabilities: a long list of venues to take in, with that list spiralling out of control within hours of touching down, colour, texture and depth being added to the list from the moment you utter “where else should we go?” to one of the natives. Carefully laid plans, Mice and Men, all these go flying out the window amid muttered curses of dammit dammit dammit wish I’d never asked dammit….

So here we are, having slung our bags into the room on Broome Street, off Bowery, nestled on the edge of SoHo and NoLIta knowing that every moment wasted staring at our hotel walls are precious moments wasted when we could be sampling some of the finest restaurant delights known to humanity —or something like that.

And so the visit unfurls, a maelstrom of activity within 60 minutes of arrival at the hotel. Korean joint Takashi and its Brain Cream. Brain. Cream of. In a tube. With blinis. With caviar. Brain cream. Cream of brain. I was galvanised by the previous two dinners (this is no joke, this no mere posturing, the schedule of unhinged people), and so felt ready for this most disturbing of menu items. The cutest of venues, tiny open kitchen. One of the highlights.

A hallucinatory memory of ‘Pac Man’ dumplings at modern Chinese joint RedFarm. Astonishing not only for the cheeky styling, but for the fact that each colourful ghost was in itself a very decent Har Gau prawn dumpling. Some of the best Xiao Long Bao soup dumplings I’ve had anywhere followed, pork and crab jammed with sweet, intensely flavoured meat, the fantastic broth gleefully sucked from the hole in the top.

The thrill of dinner number one (the first of three that evening, Locanda Verde and Alder waited in the wings) at Chez Sardine, a funked up modern take on a Japanese Izakaya, where pristine nigiri were made throughout the evening in front of us at the bar. The chef rolling our nigiri sported a hat emblazoned with ‘You Mad, Bro?’ We liked that. Everything here was perfect, butter textured fish, perfect temperature rice, morsels of utter joy — throw in a sharp, taut wine list flirting with sparkling Vouvray and razor sharp Muscadet, and this spot became the shimmering highlight of our entire trip. Plonk this exact concept in London, watch it fly…

A one/two combo of Gramercy Tavern (Baked Long Island clams, Malpeque oysters, Oregon Pinot Noir from Cristom winery at the bar), and the dash across Gramercy Park to Maialino for carbonara with guanciale and deep fried artichokes. Then the memories start to coalesce and we’re freewheeling downhill….

Then it all goes blurry, and the next sights and smells are London and we’re standing there blinking into the sunlight as we step off the plane. Shell shocked. City that never sleeps, yeah, concrete jungle where dreams are made, oh, there’s nothing you can’t do… London we love you. Damn, your restaurant scene has never been so exciting. Then we take in a little NYC and….once again, I’m in a New York State of Mind. Those little town blues…

……….
*A version of this NYC round-up appeared
in restaurant industry newsletter The CODE Bulletin:
www.codehospitality.co.uk