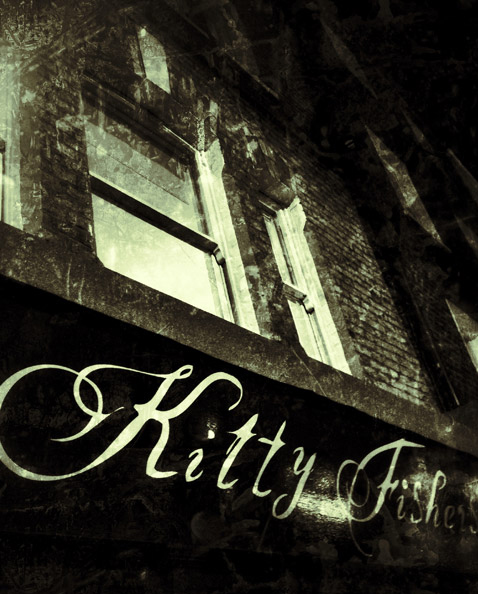 In the fervid climate of London restaurant openings, a restaurant butterfly (who me?) is finding it increasingly difficult to go back to enough restaurants, enough times, to get the warm fuzzy glow of being a genuine regular. One lunch and one dinner, even every single day, just simply won’t cover it. The pace and number of restaurant openings is almost starting to PISS me off. Give us a break. Come on, this just isn’t fair. It’s almost cruel. Breathe…..

Owned by a well connected triumvirate of Tom Mullion (founder of All Star Lanes), actor Oliver Milburn, and Tim Steel, the opening has had the rare blessing of having the self-generated buzz and sparkle that only a handful of openings are lucky enough to garner. Naming the place after a famous eighteenth century courtesan was the first move. The owners then made the smart move of putting rising star Tomos Parry behind the stove, winner of the Young British Foodies’ 2014 award, a young chef who possesses a quiet confidence which is almost a little unnerving. Alongside him is Chris Leach, an alumni of Pitt Cue, which is always a very, very good place to have garnered experience.

The tiny louchely styled basement (a former Victorian bakery) has more than a touch of Byronic swagger going on: bristling with claret hued banquettes, original ovens intact and revealed as features, candlelight throwing conspiratorial shadows all over the shop — it’s a bloody cute room, striking a film set pose, ready for historical ribaldry with plenty of thigh slapping. A bygone era distilled. It encourages lingering. Lunches here should ideally be ‘write the rest of the afternoon off’ territory. Office hours are not welcome…

A wood grill is at the heart of the kitchen, custom made by The London Log Company’sMark Parr, a maestro of the craft (most recently building one for Blacklock in Soho), but it’s not just the grilled meat which has had many cooing with praise. The below is the result of several strafing hits…

BREAD AND BURNT ONION BUTTER (£3) — Some kind of butter alchemy, whipped into an airy mound with the kiss of onion lurking in there somewhere, somehow. Slathered on to warm hunks of bread straight off the grill, seeping into it on impact, this is Champions League bread and butter.

WHIPPED COD’S ROE, BREAD, FENNEL BUTTER (£6)— Order two. Damn it, order three. On a first visit it came piped seductively into a little mound, on a second prettified and placed onto thin rectangles of toast.

LAMB CUTLETS, ANCHOVY, MINT AND PARSLEY (£10.50) — Carrying the seductive char of the grill, the fat wickedly singed and rendered, leaving me sucking and gnawing at the bone until its clean. Perked up with the tang of anchovy and herby brightness. Order two.

MYLOR SHRIMPS (£10) — Crunch these little sods, head and all, enjoy every sweet, plump crisp mouthful. Good to the last shrimp.

DUCK, BLACK CABBAGE, CRANBERRY, CHERVIL ROOT (£28) — Duck me. Aylesbury duck cooked to a seductive, blushing pink, skin crisped like a beauty. A ‘kebab’ of some offal served alongside, a bit of heart, a chunk of this, a bit of that. Pretty darn fine.

TXULÉTON BEEF (£75 to share) — Sourced from one of the gurus of the Basque Country, Imanol Jaca. When it’s not Galician beef on the menu, it will be from Warren’s Butchers in Cornwall or the estimable HG Walter. You’ll eat good beef here, either way.

A tightly focused wine list has the beltingly good value Bergerie de la Bastide white and red from the Languedoc, and is well worth getting stuck into at £15 a carafe. A chunky red from Trago Largo, Alicante, is a burly and fleshy number, and is a good shout at £25. Sybille Kuntz Riesling from the Mosel and Morgon from a master of great Beaujolais, Jean Foillard, are well judged picks. The list gets ‘spicy’ quite quickly, soon leaping over £35, and if you’re in the mood to spaff £89, you can do that on the wonderful Puligny-Montrachet from Sylvain Bzikot, which is a pleasure to see featured.

A ‘Bad Kitty’ cocktail of sloe gin and Prosecco has featured on each visit here, made by the charming Oliver Milburn, and propped up at the teeny bar it ‘takes the edge off’ admirably. Recommended. Crucially, the ground floor is no-reservations.

You may encounter the odd braying character (hey, it’s Mayfair), but I don’t care if I have to barge a few hedge-funders off the bar to grab a spot. Kitty Fisher’s is a place I already know I’m going to return to lots. It has already happened.