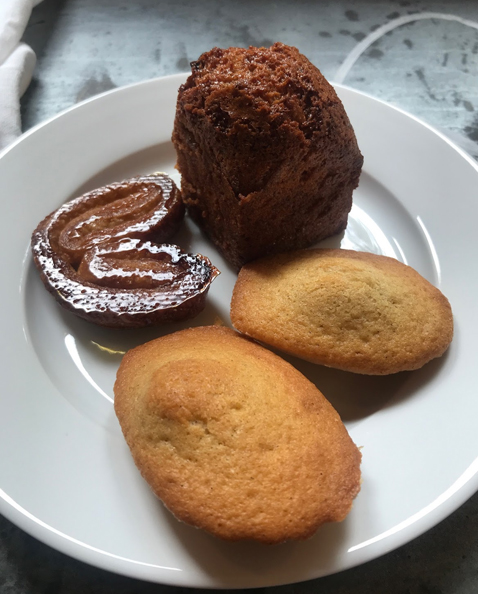 Was it a surprise when The White Stripes belted out ‘Jolene’ at their gigs? It’s got 7 million views on YouTube, you know? Also, have you ever been to Stoke Newington?

A restaurant called Primeur beguiled me from the moment they hauled back the former 1930s garage doors in May 2014, quietly doing its thing, somehow dodging the usual early cat-calls of the voracious restaurant-trend chasing crowd – hidden away on a quiet tree-lined street in Canonbury, hard to find, not close to the tube – a slow burn of a spot that soon became one of my most visited; a dish of cuttlefish, lemon and capers haunts me still. Their second site Westerns Laundry, formerly a disused 1950s laundry, received praise – and early national reviews – a lot sooner, plates of cuttlefish and ham croquettes and baked lobster fideuà in the vanguard of a menu humming with sure-fire hits.

The third opening from Jeremie Cometto-Lingenheim and David Gingell confirms they remain amongst the savviest and most thoughtful restaurant operators in London, combining quality of food with that extra, undefinable, nebulous something that elevates a restaurant from being merely good to one that is truly memorable, lovable, compelling – repeated visits the indicator, the currency, the clue.

A bakery and restaurant, Jolene are milling grains on site, for the flour used in their bread, pastries and fresh pasta – this kind of obsessive attention to detail, giving enough of a damn to set-up a grinding station at the back of the kitchen, can only lead to good things. The key figure for their supply of grain is Andy Cato, whose Gascony farm Naroques was set up in 2008 to grow sustainable, pasture-based, chemical free crops, – an antidote to destructive farming techniques – his original wheat varieties also being sourced from two UK farms in Sussex and Norfolk. It’s there for the loaves and croissants, the delicate palmiers and Madeleines, the financiers and cinnamon buns, in the wickedly buttery puff pastry for their sausage rolls, in the silky pappardelle pasta curled around mounds of rich, fennel spiked sausage ragù.

They’re spelt masters here – the grains, the grains – a flutter of Parmesan coating a silky, soothing plateful with courgettes, or on another occasion it may be Jerusalem artichoke, cavolo nero and hazelnuts. Curried spinach and turnip tops woos us at breakfast, a soft boiled egg to be oozed into the mix amongst a scatter of toasted breadcrumbs; fried eggs, jamón and potatoes is ham, egg and chips in another, well travelled guise, good Spanish ham, nubbled skin-on roasted little potatoes, fried egg; a thick slab of chard and goat’s cheese frittata at a lunch; a visit at 4pm to pick up a loaf of Naroques sourdough – when ‘all-day’ offering is spouted so often it becomes a meaningless cliché, it’s a pleasure to see the term put to proper use for a neighbourhood, as it is here.

One of the drive-bys for lunch sees porchetta with anchovy and gem lettuce, slices of pork still warm from the oven, some toasted crumbs for crunch, the anchovy a tonnata-esque drizzle criss-crossing the plate – a little belter. Dinner on another occasion features a huge Barnsley chop and green sauce to share; alongside a portion of potato gratin and some braised red cabbage, this is home style cosseting.

There’s been something I’ve been trying to put my finger on, something they’ve nailed across all of their sites. Distilled hyyge……that’s what it is, the charming Danish term that encapsulates cosy conviviality, a joyful warm atmosphere, a feeling cranked up when night falls and the candles are flickering – a form of restaurant alchemy. They create places that make me feel better walking out than when I walked in, which may be the whole point of this hospitality lark in the first place. Even so, it’s a skill to consistently pull it off. Chapeau, chaps.

Head Chef Jack Williams pulls the strings alongside baker Alex Sage, picon biéres are served from frozen half-pint ‘slammable’ glasses, and the open kitchen at the back of the room provides pleasing clatter and enterprise – yeah I’ll have another picon, and yeah go on then, some slices of Jamón de Teruel.

The cutesy, almost faux looking kiddy scrawled logo? From Igor, the six-year-old son of designer Frith; the brief was for something that encapsulated the ethos of the bakery, namely to engage people to leave the soil in a better state for the next generation. Igor’s first commission, it would seem. And that name, Jolene? Jeremie and David had agreed they wanted a woman’s name, slinging ideas around. Neither liked the other’s suggestions. The song came on to the radio, and David said: ‘Jolene’. Jeremie said ‘yes’. The end.

There’s no trouble at mill, all is fine here, Dolly.

Let me know if you’re stopping by – Stoke Newington isn’t on the tube.