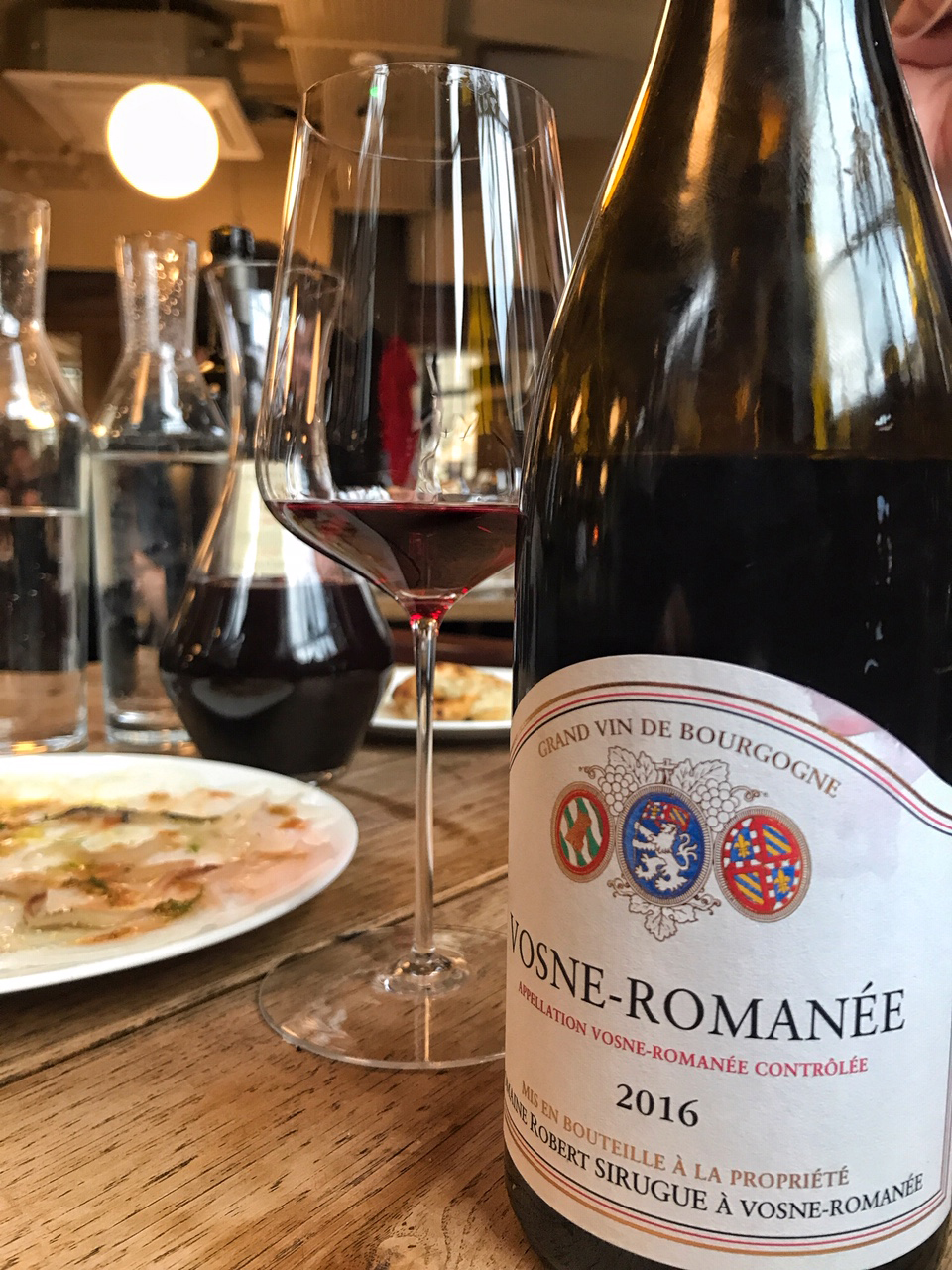 Vosne-Romanée blew me away the very first time we met – Pinot Noir as I had never known it. “I just don’t get  red Burgundy, it’s just all a bit thin, a bit weedy’ was my line, having just arrived from Oddbins in 2004  to work for independent merchant The Winery, Little Venice. Owner David Motion’s riposte: “Really? Ok, try this”, plucking a bottle from the old apothecary shop’s wooden shelf – Vosne-Romanée 1er Cru ‘Les Beaux Monts’   from Domaine Michel Noëllat. One sniff, without tasting, I put the glass down: “Ok. I get it.”

The perfume of top draw Pinot Noir is the seducer, and the memory of that first time winged back as David popped a bottle of Vosne from Domaine Robert Sirugue  during lunch at Brat  restaurant (BYO bottle), a domaine he imports directly from the grower, as with all of the Burgundy he lists.

Owning 11 hectares of vines in the sleepy village of Vosne, the winery is run by 5th generation siblings Jean-Louis and Marie- France, Jean-Louis’ son Arnaud now the winemaker. This village wine is made from twelve lieu dits  (including Aux Reas, La Croix Blanche, Les Chalandins), and despite being young, its already oozing with red cherry scented grace and charm – silky stuff.

The Domaine appears to be flying quietly under the radar in the UK, while garnering a cult following in Japan after an appearance in Manga comic ‘Kami no Shizuki’ (The Drops of God) . Relatively excellent value for the finest spot on the planet for Pinot Noir, they own a plot of 1er Cru ‘Les Petits Monts’  which overlooks the hallowed Grand Crus of  Richebourg and La Romanée – reader, I bought one.