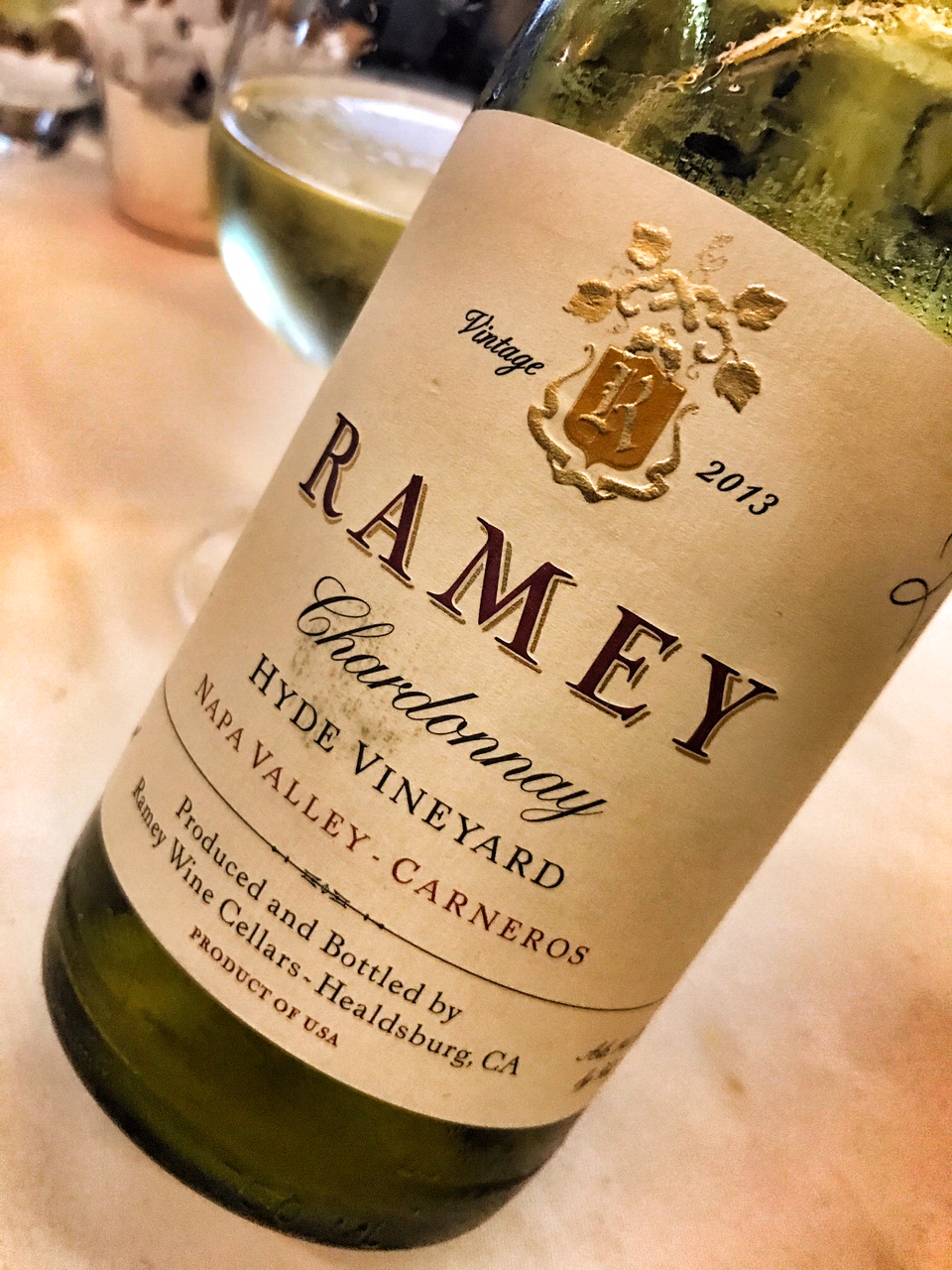 The Ramey Chardonnays have been regarded as benchmark Californian wines for many years now, David Ramey and his wife having founded the winery in 1996. Relatively long ageing on the lees in Burgundian oak barrels ensures a plush, richly textured style that are amongst California’s finest Chardonnays.

Grown in the cooler Napa Valley district of Carneros, temperatures during the summer are kept relatively cool by marine air flowing through the Petaluma Gap, resulting in wines which have less of the blowsy opulence of many from the Napa Valley. Larry Hyde converted the site from pasture and fruit orchards in 1979, and top wineries who make wine with his fruit include Kistler; Paul Hobbs; Schramsberg; Joseph Phelps; Patz & Hall and DuMol.

This was leaner and more restrained than expected, tightly coiled with a beam of acidity hinting at a long future ahead – decant and savour over a couple of hours. Enjoyed during a fine lunch at Le Caprice where Dorset crab with gazpacho jelly, yellowfin tuna ceviche, and an exceptional burger with Mayfield Swiss and bacon played starring roles.