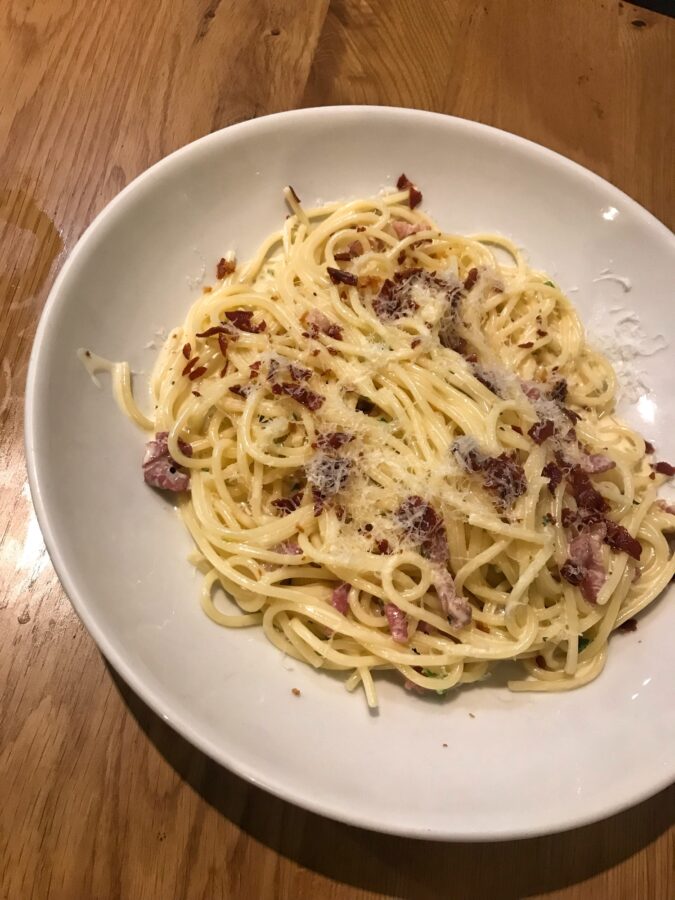 ‘The world, according to the best geographers, is divided into Europe, Asia, Africa, America and Romney Marsh’ – Ingoldsby Legends (1837), Reverend Richard Harris Barham

The landscape of Romney Marsh and surrounds was born from the sea, the slowly shifting shingle creating pockets of marshland behind shingle banks, land which eventually begun to be reclaimed from the sea thousands of years ago. The name Romney means ‘at the spacious, or wide, river’ in Old English, and in 1287 a huge storm almost destroyed this harbour town, displacing shingle, silt and soil from Dungeness, leaving it landlocked with the sea a mile away.

The finest and most memorable way to begin exploring this unique landscape is to hop onto the Romney, Hythe and Dymchurch railway, a charming mini-steam locomotive line that happens to be the smallest public railway in the world ­– pootling its way from Hythe all the way to the starkly beautiful landscape of Dungeness, it’s a perfect introduction to the area while hopping on and off along the way. A pilgrimage to The Dungeness Snack Shack is an absolute must, a glorious riot of the freshest seafood landed from their own boats and served from a small hut on the beach, where you’ll be treated to fried fish baps, fish cakes, homemade fish fingers, lobster and crab, alongside fantastic crunchy fried potatoes ­– open when the weather is fine enough for them to land fish, it’s a true gem. You can take your own wine and beer too.

Restaurants and Shakespeare in New Romney

Jump back on the steam train and you’re soon in New Romney. Walking along the High Street and amongst its backstreets there’s still a strong sense of its ancient history, from the remains of the 13th Century St. John’s Priory to the two cottages on West Street, a Historic Building of Kent dating from 1310. The Romney Spice tandoori restaurant sits inside a similarly pretty building, and this place is a bustling spot on my last Friday evening visit. A couple of drinks at Balance Bar a few doors along is a fine option for pre-dinner drinks (chilled glasses for Peroni lager, a considered touch), with the added charming detail that local business owner Lance McKay donates all the profits to charity, his way of showing appreciation for his daughter’s excellent treatment while in hospital.

Ruzzo dishes up a short and confident menu of Italian classics, spaghetti with meatballs and oozing calzone pizzas stuffed with Bolognese sauce; the Carbonara pasta is excellent. Deblyn’s is the classic English teashop that every village deserves, a haven with a garden serving traditional cream teas with homemade scones and cakes. It’s remarkable to think that this quaint high street used to be so much closer to the sea, as seconds away stands the only building remaining from before the 1287 storm, the Norman parish church of St. Nicholas. Originally standing at the head of the harbour, boats were moored here, with some of the hook marks still visible on the walls — the entrance door is below street level, showing how much the land level rose after the storm. William Shakespeare visited New Romney at least three times between 1609-1615 with his travelling company to perform his plays, another reminder of how highly this area was regarded, despite the population at the time being around 200-300.

Taking the short walk to Littlestone reveals the stunning sweep of the beach with views across to Dungeness and back across towards Folkestone – here we find the majestic building of Romney Bay House Hotel, designed by Sir Clough Williams-Ellis the creator of the Italianate Portmeirion in North Wales of ‘The Prisoner’ fame. Owned by Clinton and Lisa Lovell, this 10-bedroom hotel sits in a commanding position next to the golf course – booking ahead is essential for a four-course menu from classically French trained chef Clinton, who includes The Ritz in London on his impressive CV.

Dymchurch is blessed with a wide expanse of sandy beachfront, popular for generations for its funfair and seaside weekending charm ­– I’m a fan of the Ocean Inn just seconds from the beach with a seafood stall outside. The Martello Tower here is open to the public by English Heritage, offering a fascinating insight into the history of these Napoleonic-era defences, built to resist the threat of French invasion between 1805-1808 – it’s one of the best surviving examples.

There are pubs to seek out inland that are worthy of a visit, including the remarkable time capsule of the Red Lion in Snargate, a 16th Century pub whose interior is pretty much unchanged since WWII, and a 30-minute cycle from New Romney. While here, it’s a short hop to The Bell Inn in Ivychurch, another old school proper pub with a striking location huddled next to the church.

During my exploration I found it a fantastic area for cycling, particularly with a fold-up bike that can be taken on the bus as well as the steam train. Once you start digging into the history of the area, you can frame whole days around stop-offs at pubs, churches, or spectacular views ­– it’s charming, soulful and compelling.

“Romney Marsh, where the roads wind like streams through pasture and the sky is always three-quarters of the landscape.” – John Betjeman

*Special thanks to www.theromneymarsh.net, an invaluable resource for historical information on Romney Marsh

This feature has been created as part of a paid campaign with Folkestone & Hythe District Council, with support of the Welcome Back Fund, a fund that is providing councils across England with a share of £56m from the European Regional Development Fund (ERDF) which supports the safe return to high streets and help build back better from the pandemic.