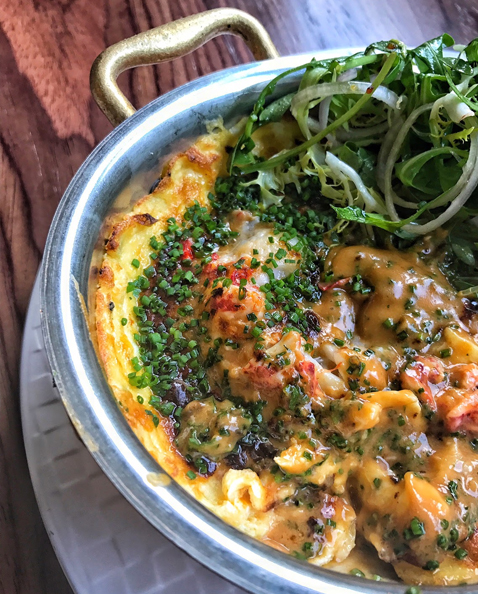 The Only Way Is Woodford?

Let’s get this out of the way first: I am an Essex boy. If anyone has early dibs on taking the piss out of Essex stereotypes, I’m near the front of the queue. Possibly first in line. Right, now that’s out of the way…

But then again, Woodford is close enough to where it all goes proper TOWIE, and its heartland of filming locations in Brentwood, jostling alongside Epping and Chigwell (Birds of a Fevver) up the road, to be very much ‘Essex’ and trailing all of the associated clichés.

I grew up in Woodford and am that most insufferable of creatures: an Essex snob. One of my cousins once called me ‘posh’, which I’m certainly not, but I know what he meant. It’s ok, I’m getting over it after thirty-seven years of living here. I now embrace the Essexness that courses through the DNA, and love the fact we have restaurants and bars over this way with names like Touch of Noir (Chingford). No sniggering at the back, please. Parlez-vous Franglais, Marlene?

We’re not known for culinary experimentation in Essex. While in Gran Canaria on a classic ‘lads’ holiday in our early 20s, our ‘pre-bender’ meal begun at 6pm sharp each evening, and while three of us explored local seafood and other ‘exotica’ the other friend ordered exactly the same thing every night for two weeks. We asked him why he didn’t swerve from his knee-jerk order of prawn cocktail followed by steak and chips, on the fifth day of identikit ordering. Doesn’t it get boring, mate? “Well I like it, dunnoi?” was the reply. A devastating retort, and impossible to answer back. Can’t argue with that. We didn’t ask again.

Adriatico restaurant had stood on the site of McK Grill since 1976, when Mario Zeppa opened the first Italian restaurant in Woodford. In 1981 he opened the Pizzeria Bel-Sit(still old-school, still wonderful, still rammed) a year after we moved to Woodford. The Bel-Sit has been the best place to eat in Woodford since that time, a classic trattoria, that brilliantly fuses a raucous local atmosphere with decent food and service straight from the “Ciao, bella” school of hospitality. Cash only, no-reservations (before it became trendy), queues out the door – am still crazy after all these years.

Megan McKenna has appeared on The Only Way Is Essex and Celebrity Big Brother, getting her first reality TV break on something called Ex On The Beach (I knew none of this until looking it up. Must be an Essex snob, eh?) and has opened the restaurant (her parents are directors) with a promise of “bringing Mayfair to Essex with a modern twist”. Alarm bells start ringing – I don’t want Mayfair coming to Woodford. Mayfair can effing well stay in Mayfair. Mayfair can do one, mate.

‘This restaurant is waiting for a kicking’ are the first thoughts. Am expecting try-hard ‘fayn dayning’ and ‘trios’ of this and ‘jus’ of that all over the shop. Am fearing collagen pumped lips, silicon boob jobs, and barely concealed vajazzles. I’m looking out for Day-Glo tans and platinum blondes, for trout pouts and “awww, fanks babez”. Am a snob, ain’t I?

Then I find out that Head Chef is Gavin Gordon, who I remember doing excellent things at seafood restaurant Bonnie Gull in Exmouth Market. Righto, expectations raised.

On the first night I spot a chap at the bar who’s been slapped with so much time under the tanning lights, so many sessions under the tubes, that he looks like a version of Spike Milligan when he blacked up to play a Pakistani in the toe-curlingly ill-advised ‘comedy’ Curry and Chips (1969), crossed with Tango Man – the result is closer to bilious orange. Essex, all fake tans innit, I told ya, mate. Woodford is also prime WAGterritory (David and Victoria Beckham had their first date at The Castle on the High Road), and I recognise Danielle Lloyd on opening night, whose former beau is ex-Spurs footballer Jamie O’Hara, and before that, Teddy Sheringham.

The bar’s too brightly lit, but the gin and tonic is good, served Donostia large goblet style with good quality ice. This is going the right way. The Only Way?

A starter of scallop and confit pork belly with pea purée, a carapace of crispest crackling alongside a sweet puck of scallop, and a shard of crisp pancetta sets things off well. Less impressive is a crab fritter and quenelle of white crab meat on a slice of sourdough, not for its flavours but the meagre plateful for £10 feels a tad mean.

A cod dish is artfully presented (sitting the right side of wanky) with roundels of mandolined courgette and courgette flower. Delicate textures, lightness of touch, and it looks like a ripper. I’m enjoying this, I’m enjoying this, as someone once memorably intoned. A shame it wasn’t the advertised turbot, which would have shot this onto another level.

I return on a Friday night and the music is loud. Really loud. Pumping House music at levels that would make many turn on their heels and head straight to the comforting rhythms of The Bel-Sit. Me, I don’t mind, and when Cirrus comes on by British DJ Bonobo, the place begins to feel quite classy, babes: “a twinkling slice of fairy-light House”, “one big loop of elation” according to the critics. Spotify it: a banger.

A Saturday brunch hit and the target is a lobster omelette – and what a chuffing beauty it is. Fat wodges of lobster jammed underneath a just-set, still gooey, sunburst yellow omelette, a rich heady mixture speaking of cream and possibly a slug of cognac, lobster thermidor style, and scattered with a blanket of chopped chives, teeny tiny pieces in the style of fines herbes. Knife skillz.

Another visit and this time for chicken liver parfait, pithivier and chips. I miss my booking by 15 minutes and the table is given away. Dang. I luck out with being offered a seat at the bar instead by restaurant manager Anthony. He read my mind…

Textbook, silken parfait, topped with a jelly that has sweeteness alongside a rasp of acidity. What is that? ‘Sauternes jelly’, offers our sweet waitress Liv, without hesitating. That pithivier? The first to ever make an appearance in Woodford, without a doubt, a posh puff pastry pie (perfect for us snobs) with artichoke, mushroom and a honk of black truffle. Definitely the best chips in Woodford, too (crunch and fluff in all the right places), that honour having been held previously by Ben Murphy of sadly departed The Woodford – his cracking pont neuf potatoes have buggered off to Launceston Place.

The place is heaving on that third visit, loads of Tomahawk steak orders pumping out of the kitchen, and they’re flying through the wine, having to rapid chill bottles after whipping through everything in the fridge…an indication that they may be nailing the demographic already. Hoorah. This local Woodford boy is a supporter of a new opening with a good chef, and one showing a bit of ambition and chutzpah.

So come here. Or don’t come here. You may like it. You may hate it. You may find it all a bit too Essex. But Essex doesn’t really care either way. If the local crowd lap it up, that will be enough to keep it here as a welcome new fixture for Woodford.

Why will I keep returning? Well I like it, dunnoi?